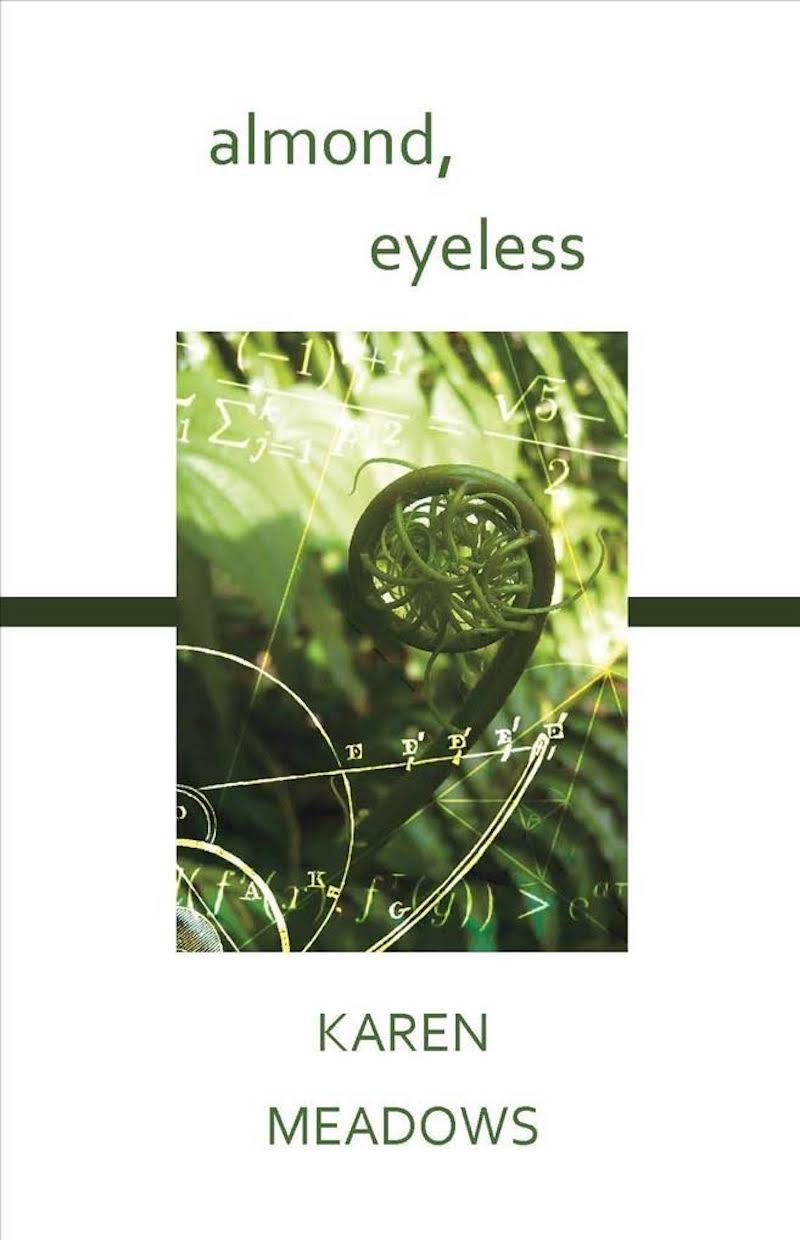 PCR Congratulations on your first volume of poems! It has been on the bookshelf since March 2018 and has already made it onto SPD’s Bestsellers List. With more than fifty poems, it is a wonderful collection. Can you tell us about your poetic writing process and current work?

KM: Thank you! The collection has had a really nice reception and I’m thrilled with how things are going so far.

My writing process can be very different, depending on the poem. A poem’s beginning often dictates how I work to get to the final draft. The more narrative poems come on quickly and tend to keep a tidy string. I wouldn’t say they come out seamlessly from start to finish, but a more complete framework emerges early and will require less reorganization and rethinking than a more structurally complex, imagistic poem.

More commonly, an image will come to me, or a line or phrase, and I will know instinctually if that is the beginning, middle hinge, or ending of a poem. From there, it is usually a rush of imagery and shaping that toward a cohesive end. All of those images and fragments get jotted down in a journal-type notebook. Once a poem is really taking shape, I switch to legal pads. I do a lot of recopying of entire poems as I work through them. It helps me stay inside the rhythm and sound structure. Once I feel I have a nearly complete draft, I will type it on the computer and print it. I’ll leave it alone for a few days, then come back to see what needs to be tweaked.

Currently I have a bunch of ideas that are stemming from one main subject matter, but I am a poet who needs time to percolate, let things build inside before I really try to capture ideas with words. So I have a notebook with a working title for my next collection and am jotting down notes, ruminating on different takes on that concept.

PCR: Your book plays the English language; you explore the physics of relationships. Where do you get your ideas for your poems? To what degree are they related to your personal life?

KM: Ideas for poems can come from anywhere. They have come from news articles, travel, works of art, the garden, scientific phenomena. And, yes, some come from personal experience, or the experience of friends. Writing has always been a coping mechanism for me. If something is particularly difficult or confusing to me, the only way I can deal with it is to explore it through imagery and sound. By capturing it that way, it lessens its grip on me; I can be done with it.

Though I use the first person a lot, many poems are my taking on a persona. Often an image or a line will come to me, seemingly out of nowhere, and I have to spend time figuring out what it means, creating the backstory.  A poem can be fleshing out a tiny cross-section of that persona. A super-condensed short story of a single moment or thought, if you will.

I am very interested in how people interact and the ramifications of those interactions, whether in our most vulnerable moments or simply passing by on the street. I studied psychology with a focus on behaviorism. How people act in specific situations, how they change for others, transgress others, and the mercurial nature of emotions and relationships have always been a fascination for me. We are all so similar yet so different in the constructs we build while perceiving the world. I would say almond, eyeless is about connections—how they are made, morphed and lost.

PCR: Poetry with all of its nuance, rhythm, sound and multiple levels of meaning is certainly the most difficult language to translate. Is it, in your opinion, possible to translate poetry from one language into another without losing meaning?

KM: This is a tough question. I go back and forth on it. When I was younger, I shied away from reading a lot of translated work. I always had this suspicion that I was ultimately missing out on something, being cheated somehow by the filter of a translation. I would think: Do I actually love Baudelaire, or do I love David Paul’s translations of Baudelaire? Ultimately, it didn’t matter. I couldn’t stay away. The greats in any language are magnets and their translated works are beautiful offerings.

I don’t think meaning is lost per se, but there is no perfect one-to-one in translation—that is where a lot of nuance and inherent depth in poetic choices can be lost. For example, my friend, poet and translator Daniel Coudriet and I were discussing differences in translations of Lorca. He is fluent in Spanish so can read the original and appreciate that “sueno” means both sleep and dream simultaneously and “cielo” can mean both heaven and sky. There is no English equivalent that works the same way. The translator has to pick. I, as a non-Spanish speaker, miss out on some of that complexity. The fact that there are many translations of Neruda, Rilke, Lorca, etc. indicates that each new translator believed that those who came before didn’t get it quite right.

For me, there are two types of meaning in poetry—technical and emotional. Great poems are a perfect synthesis of sound, rhythm, form, and overt meaning. It does not end there. A poem lives and is great to us because of what is in the gaps, between the words and lines. I am referring to what the poem evokes that is or had previously been ineffable to the reader. There are mystical aspects to the great poems that persist and reach through, despite the limitations of the language into which it is being translated.

KM: Not being a translator or linguist myself, it is difficult for me to answer the first part of your question with authority. From what I understand, syntax is tied up with sound and rhythm a great deal. While preserving one, the other slips and vice versa. Articles, adjective and prepositions are ordered very differently across languages (or don’t even exist in some languages), so the translator is faced with this very sticky issue when trying to preserve sound but operate within syntactic rules of a language.

Things can get even more complicated if the poet purposefully manipulates the syntax of the native language for a play on words, slang, or an affected structure. The translator has the difficult choice of deciding which aspects of the work are integral to the experience of the poem and the poet’s intentions and how that can be conveyed in the contemporary target language. Daunting, to say the least.

Regarding your second question, writing great poems in verse form is an incredible achievement. And if someone is considered a formalist poet, that aspect of the work is very important to him or her. How could anyone ever dream of translating Robert Frost or Richard Wilbur without preserving form? I mentioned Baudelaire earlier and there are incredible translations of his Flowers of Evil poems that preserve the formal structure and rhyme schemes of his poems without straying too far from the original text. There are some additions in order to hit that structure, but they keep with the tone, and are often more beautiful than the literal French. Gary Miranda said something important about translations: “if it’s a good poem in one language, it should be a good poem in the other”. If a translator is too beholden to a literal translation of the poem and its structure, s/he might end up with a pretty bad poem. And that is not maintaining the integrity of a writer whose work has lasted centuries, or is a prominent poet in another country.

Until recently, I had hung on to some purist notions of translation. I felt that poetic devices such as repetition, or the use of “O” should be preserved without question, because a poet uses them to create a specific effect. Those are very conscious choices. But translators like Miranda have abandoned some of those devices in their translations because they just feel unnecessary and can be a barrier for a contemporary audience. I wholeheartedly disagreed until I read the original Legend of Sleepy Hollow by Washington Irving to my son. Not a poem, I know. But the language was so thick and antiquated that it was virtually unreadable. Being a word nerd, I enjoyed it, but my son packed it in after a couple of pages. And that is not a long story! It was a shame because he was so excited to read about the headless horseman. After that experience, I became a little more open minded to the idea of “updating” more antiquated modes of speech or form to welcome in contemporary readers. It can be done without sacrificing the spirit of the work.

PCR: What are the skills a poetry translator should have?

KM: First and foremost— a passion and respect for the work. The more you live within a poet’s oeuvre and immerse yourself in his/her voice, you will come to understand which aspects of the poetry are key to that poet’s work. That way, if you have to make a decision about which path to go down, you can feel more confident that you are staying true to the integrity of the vision and style, not just exactly what is on the page. Most translators of poetry are poets themselves, so the work is naturally in good hands.

Second, I would say it is important to have a solid foundation in the technical aspects of poetry. That is really where you begin to see the artistry and depth behind the great poems and what led to some particular choices. This would help the translator be more assured that any manipulations during translation maintain the integrity of the poem.

PCR: Is there a language you would especially enjoy hearing your poetry recited in, or would like to have your work translated into?

KM: Oh, any language would be incredible! I studied French, so that would be the language in which I could best understand, from a technical perspective, why specific decisions were made. I would also be able to recite them correctly on my own. However, it would be fascinating to hear the poems in a completely unfamiliar language, such as Arabic or Japanese. They would take on a completely new life and dimension, which is all I could ever hope for as a poet.

PCR: Thanks for the interview.

KM: Thank you for asking such interesting questions!

almond, eyeless (2018, Groundhog Poetry Press) is the first book of poetry by Karen Meadows and is an SPD bestseller and recommended read. Her work has also appeared in Subtropics, Blackbird and The Hollins Critic. She was honored in March at McDaniel College as the 32nd recipient of the B. Christopher Bothe Memorial Lecture. She lives outside Philadelphia with her husband, son and bulldog.